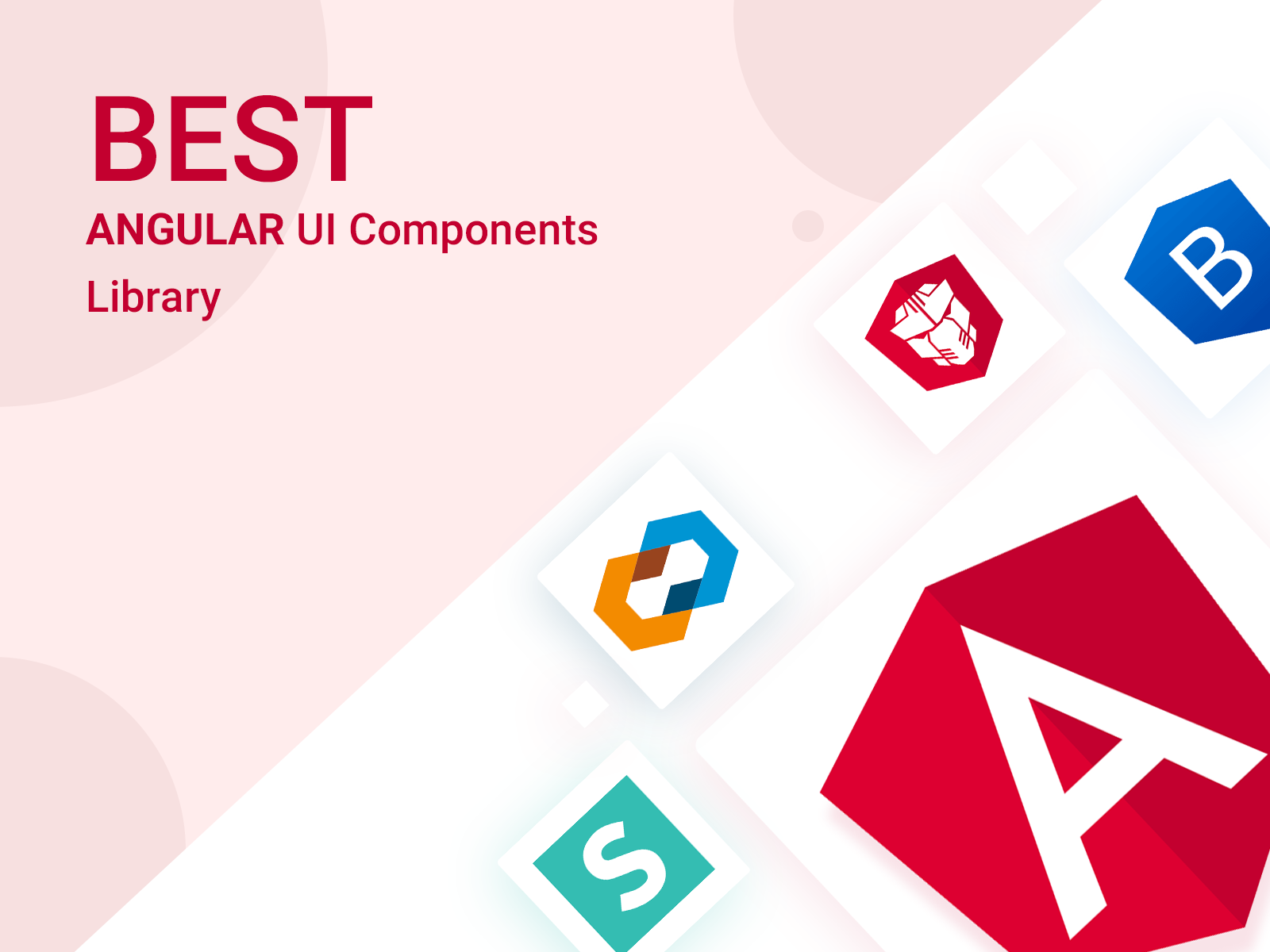 by bootstraplib in Collections on January 5, 2021

Do you want to create a more engaging and attractive project based on Angular? Then we have a list of Angular UI components libraries.

Angular is one of the popular javascript libraries that has more than 66,000 Github stars. It is typescript based and built by Google. It is fully flexible to work with other libraries. Every feature can be modified or replace according to project needs. Angular provide consist update and used by a popular brand like PayPal, Upwork, and Netflix.

Why you use the Angular UI components library?

Angular component libraries will save your time and will help to develop an intriguing and spectacular product. These libraries provide many useful components and tools as well.

Here in this list, you’ll get some best Angular UI Components libraries.

Angular Material is the most commonly used UI framework with Angular projects. It is an official component library developed by Google. Besides, the Angular team builds and maintains both common UI components and tools to help you build your custom components.

NG-bootstrap is another bootstrap based UI framework that offers Bootstrap 4 components for Angular. One advantage of NG bootstrap is there are no dependencies required of 3rd party JavaScript. Besides, most of its features are the same as those of ngx-bootstrap, but with different project teams. In addition, NG Bootstrap contains third party JS dependencies and high testing coverage.

Ng Semantic library is built on Angular 2 and Semantic UI which is one the most popular and used UI components in the market. It is a development framework that helps create beautiful, responsive layouts using human-friendly HTML.

This is one of the most prestigious libraries of Angular framework with a set of 80+ UI components that are aligned with vast themes. Also, customizing the components becomes easy in Prime NG.

Clarity is an open-source design system that came from VMware. It basically brings HTML and CSS components together along with Angular components. It has an amazing library for both designers and developers.

Ngx-bootstrap is based on veteran CSS framework leader bootstrap. Here, you get 2 frameworks based on bootstrap. The first one is Valor-Software’s framework ‘ngx-bootstrap’ and another is ng-bootstrap. Another unique thing about this NGX Bootstrap is that it is compatible with both, desktop as well as mobile devices.

NG-ZORRO is an Ant UI-based library designed to provide added advantages to Angular developers. This library is developed by Chinese, written in Typescript, and comes with define types.